Latest: Radar due to launch in UK

Radar is currently working on the development of a UK reporter network, building partnerships with social exclusion organisations in London, Bradford and Glasgow.  We hope to launch the project in late June. If you are interested in working with us in the UK, please contact us on emailradar@gmail.com

Hot on the heels of  a vibrant pre-election reporter programme in Kenya, Radar launched its India network in March. 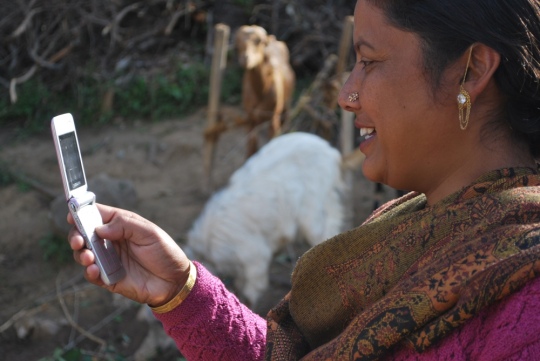 In partnership with the Guardian, Radar held a series of citizen reporter workshops for people from some of the most under-represented communities in Indian society. Despite growing online connectivity, a large percentage of the rural and urban poor are still excluded in the media, so much of the country’s most critical news remains unreported and unheard.

From the slums of New Delhi to villages along the Himalayan foothills, Radar’s trainees included Dalit women, rural farming communities, youth with disabilities and the urban poor. Immediately following the training workshops, their news and views were shared with global experts attending the Guardian’s Activate Summit in Delhi on March 21, via Radar’s live reporting feed.

Though India is set to have the biggest internet market in the world, with a predicted 600 million online users by 2020, only two per cent of rural India currently has access to the web. By contrast, about 50 per cent of rural households have access to a mobile phone. As in Sierra Leone and Kenya, Radar harnesses this simple technology and trains people to report using whatever they have in their pockets, from old Nokias to the latest smart phones.

Recognising the huge potential for good that increased connectivity and technological advancement could bring to India, the Guardian hosted its Activate Summit – ‘changing the world through technology’ – in New Delhi for the first time. During the summit Radar ran a live SMS feed on digital access from across the reporter networks which was projected into the Google-run Big Tent.

During the summit, five of the Delhi-based citizen reporters had the chance to pitch a story idea to a panel of Guardian and national Indian editors. In a Dragon’s Den style, each editor was encouraged to ‘invest’ their interest in the development of one of those stories, in partnership with Radar. They included articles on industrial environmental damage, acid attacks on Dalit women, child labour, the experiences of third gendered children and education rights for blind students. All the pitched stories are currently being considered by leading media outlets.

To follow news from the India network please visit our Tumblr blog.

Radar’s network of reporters from across Kenya have been texting in news from polling booths during the first Kenyan national election since the constitution was changed.

From the streets of Mombasa on the east coast to Kisumu on Kenya’s western border, the urban slum of Nairobi’s Kibera to the rural voting outposts of northern Turkana, Radar’s reporters shared events from their communities as the vote unfolded.

A disabled voter makes his way to the front of the queue in Kibera, Nairobi.

We received our first report at 4am East Africa Time (1am GMT) as the day dawned from a sleepy Simon Thiani who had already started queueing outside his Nairobi polling station. “We got here at 3am, some of us slept here,” he reported a voter called Kimani as saying.

Over the next 16 hours Radar received more than 200 SMS reports from polling stations across the country, as well as photos from mobile phones.

A power outage in Limuru meant having to run the biometric voting equipment on batteries. “We’re giving privilege to the elderly and those with physical challenges. We want to make this a different experience altogether.”

Radar’s reporters will be continuing to send in their news as the ballots are counted, in the hopes that the peaceful way the vast majority of the voting was carried out is maintained.

Stay tuned to our Twitter feed, Crowdmap and Tumblr blog for all the updates as they arrive! Radar thanks all our reporters for their hard work to bring the world this news, and all our partner agencies in Kenya for their support.

Follow us on Twitter for live updates and check out our Tumblr blog over the weekend and on election day. See trainees in action in our Flickr galleries and download the full press release on our press page.

London, Friday 1 March 2013:  A pioneering project is bringing the voices of Kenyans on the fringes of society onto a global stage, sharing eye witness accounts of events in the run up to, and during, the national election on 4 March.

Channeling hard-hitting stories in real time, Radar has established a unique network of more than 100 citizen reporters from across the country, including its rural communities and urban slums. 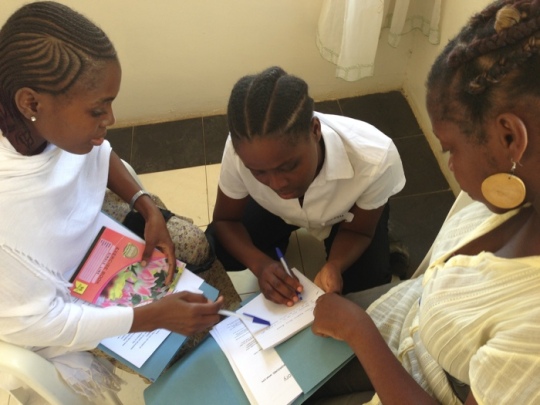 In Mombasa Radar trained women from rural areas outside the city – everyone had mobile phones but not all have email addresses.

“This is the only citizen journalism network that bridges the gap between Kenyans with the power, access and social status to air their views in the media and online, and Kenyans without that privilege,” said Alice Klein, co-director of Radar.

Radar’s network is made up of people with low literacy, those living with disabilities or HIV, and women and girls.

The trainees are people like partially sighted Fredrick Teing’o, a member of Leonard Cheshire Disability’s Young Voices who always dreamed of becoming a journalist and Lorna Maika, who campaigns for equal access to eduction for girls in her community and whose training was supported by the Urgent Action Fund Africa.

END_OF_DOCUMENT_TOKEN_TO_BE_REPLACED

Trainees in Kenya: Radar trains members of under-represented communities, including people with disabilities, in how to report news using SMS messaging

Radar launched its first training programme in Kenya on 14 February 2013.

Many people in the east African country still don’t have access to the internet and yet 75% of the population owns a mobile phone. Radar is harnessing the power of this simple and cheap technology to build, train and support a network of active citizen reporters across five key Kenyan cities and regions: Nairobi, including the Kibera slum, Kisumu, Kajiado and Mombasa.

As the eyes of the world focus on Kenya in advance of its general election on March 4, many fear a repeat of the post-election violence of 2007/2008. Owing to this heightened tension, the ability to gather and share information is especially crucial. And yet the voices of those living on the margins of Kenyan society – the people most likely to suffer electoral fraud and rights violations – are the least engaged in mainstream news production. 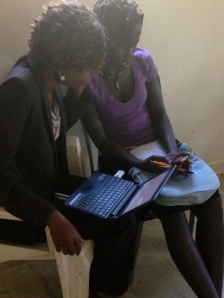 It is Radar’s mission to amplify these voices.

Starting with two two-day SMS reporting workshops in Nairobi, we will begin building a network of more than 100 citizen reporters from across Kenya, many of whom comprise the country’s most vulnerable social groups.

The network will include some of the inspirational members of partner organisations including young disabled people from Leonard Cheshire Disability’s Young Voices programme, and the Social Welfare and Development Programme based in the Masai area of Kenya’s Rift Valley. Other groups include people living with HIV and slum dwellers.

The training will cover how to report on irregularities or concernsduring the election process, source factual information and news, and share it safely using high quality reporting principles. And Radar will continue to work with and strengthen the capacity of the reporter network long after the 2013 election.

Please visit our Facebook or Tumblr for daily updates, and our Twitter for bitesize information directly from the reporters and the Radar team. Your support is hugely important in getting the reporters’ voices heard and amplified, so please help us by sharing and retweeting their news. Thank you!

Visit Radar’s Twitter for news and updates from reporters

We need your support. Text £2 to bring voices from the margins to the front page.

Follow our Tumblr blog for mutlimedia reports from across our networks